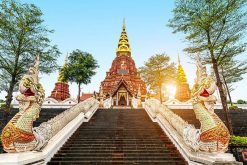 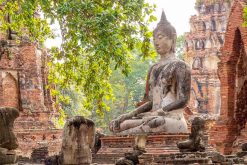 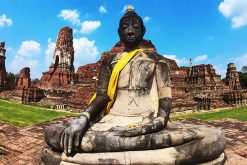 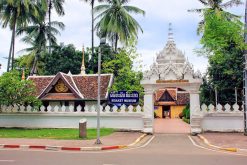 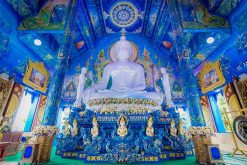 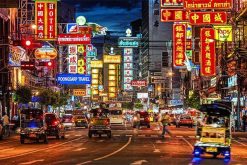 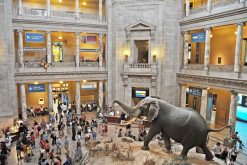 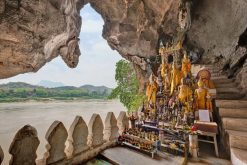 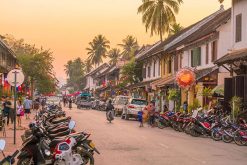 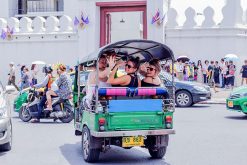 Ply from Vientiane, the heart of Laos to the stunning Luang Prabang on the edge of Mekong Delta to Bangkok, Thailand. Make daily stops to explore the best sites of the country from the historical pagodas to the beautiful natural sites. Take a trip deep to the heart of idyllic villages, observe the simple charming life of Thailand villagers and mingle with the friendly locals.

Upon arrival in Vientiane, you will meet your local guide and driver who will escort you to hotel. After check-in the hotel, you have a short break before an exciting Vientiane city tour. We first see the major temples of the city which include the oldest temple – Wat Si Saket. It has thousands of miniature Buddha statues, and the former royal temple of Wat Pra Keo, home to the renowned Emerald Buddha Image. Also, visit the iconic landmark in Laos – That Luang Stupa, stop en route and take some pictures of the imposing Patyxay Monument, the Vientiane’s own Arc de Triumph. 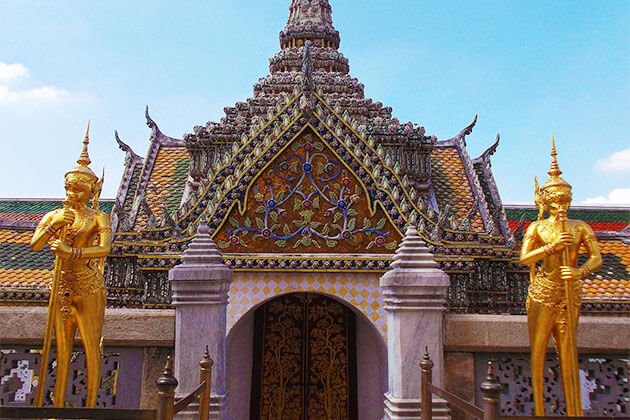 Continue head to the waterfront, and your evening is free to savor a few drinks while watching the sunset over the Mekong. Also, you can explore the night market and take in some of the Vientiane’s nightlife.

The second day, embark on the river cruise and cruise upstream on the river of Mekong. Your cruise pass through the lush jungle scenery and tiny riverside villages. Your morning presentation is performed by Laos language. In the afternoon, there has a cooking class on the upper deck, you can join and learn more about the Laos cuisine.
Moor overnight in Ban Xanakham. 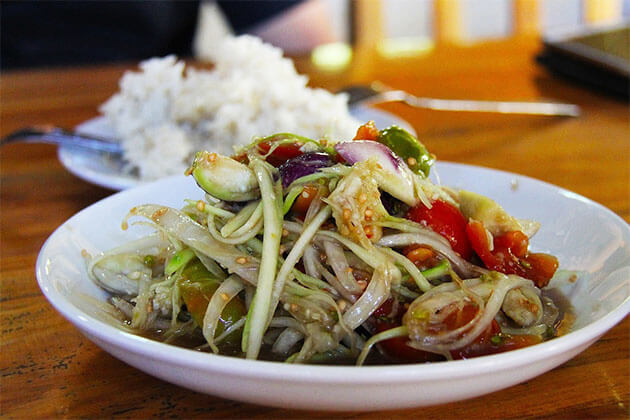 Afternoon, visiting many colonial buildings and the bustling market in the French administrative town of Pak Lai. The town boasts the largest elephant festival in South East Asia, the festival is usually hold in February. 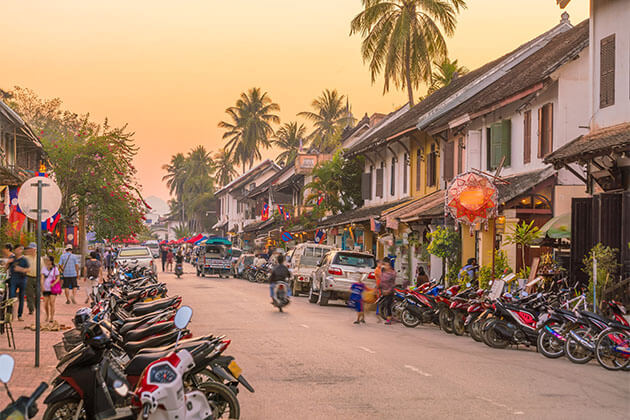 In the morning, we have a walking tour to Khamo tribal village, a typical village, set on the banks of the magnificent Mekong amidst lush jungle. In the afternoon, cruise through the Xanyaburi Hydro Electric Power Plant. 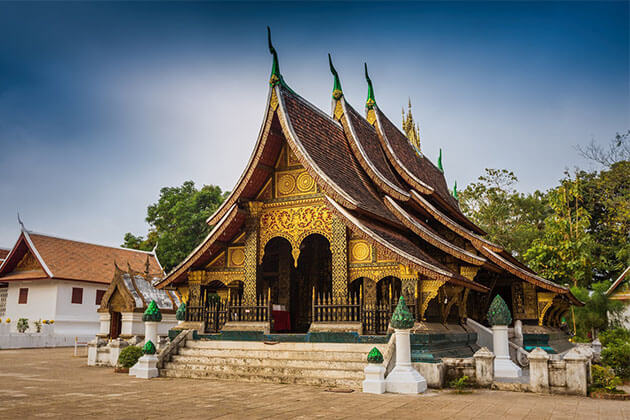 In the morning, we visit a Hmong village and then cruise upstream to Ban Mouang Khai village. Afternoon, go sightseeing by minibus, visit the jungle pools also the dramatic Khaung Si waterfall then move to a butterfly garden. We next reach the heart of the temple city – Luang Prabang, in which there is a buzzing night market and a series of great cafes and good local restaurants.

Your morning activities started by tuktuk experience to the well-preserved and also the world heritage site. The city is famous with many Buddhist temples, libraries, and royal palace. We next visit the National Museum before the free afternoon to explore the beauty of Luang Prabang. Relish in traditional Laos dancing on the upper deck in late afternoon.
Cruise moor overnight in Luang Prabang. 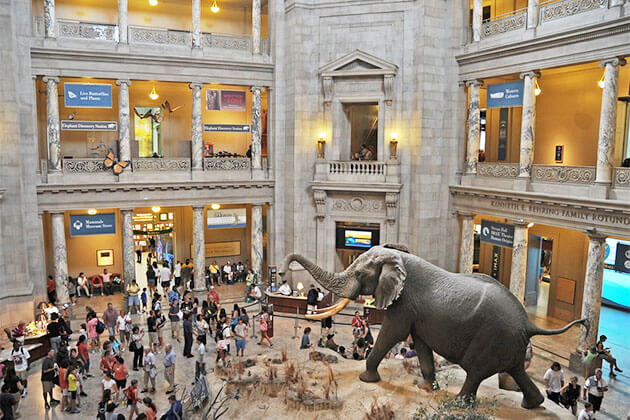 Get up early in the morning and join in a walking tour to witness the alms which is offered by the locals to hundred of monks walking around the city in every morning. Your morning sightseeing is highlighted with a local boat exploring the Pak Ou Caves, a Buddhist sanctuary with splendid limestone cliff faces. Enjoy evening cocktails on the sandbank while sailing upstream on the stunning Mekong towards Ban Bo. 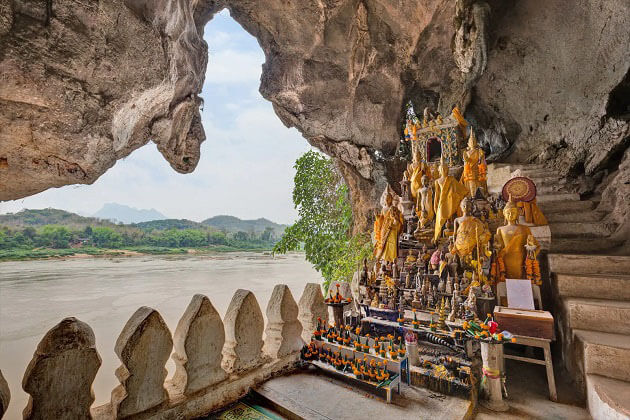 Today morning, we visit a local Khamo village whilst sailing upstream on the Mekong passing Pak Beng towards Pak Sit.

Begin your early morning walking tour in a village of Khamo then cruise through beautiful scenery of the border of Laos and Thailand. Spend your night on the Lao side in the Houayxay area where we take a late afternoon village walk.

Sailing upriver to the Town of Chiang Sean and crossing the Golden Triangle. Enjoy the farewell cocktails and Thai traditional dance on board in the last evening.

Disembark your cruise in Chiang Sean and transfer to Chiang Rai airport for a flight to Bangkok. On the way, we stop en-route to explore the Golden Triangle consisting of a visit to the opium museum.
Arrive in Bangkok, our guide will pick up and transfer you to hotel free on your own after check-in. 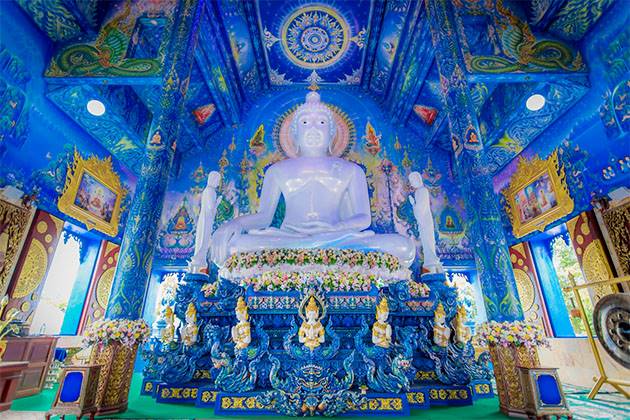 Your full-day tour begins with an exciting exploration of Thailand’s antique capital and cultural heartlands, and also be the UNESCO World Heritage-listed city of Ayutthaya. The city was established as the royal capital dating back 14th century and it rapidly became the largest city in Asia. It’s impressive with grandiose temples and a network of canals. Although most of the city was destroyed in 1767 when the Burmese army invaded, there is still plenty of evidence of its former grandeur. 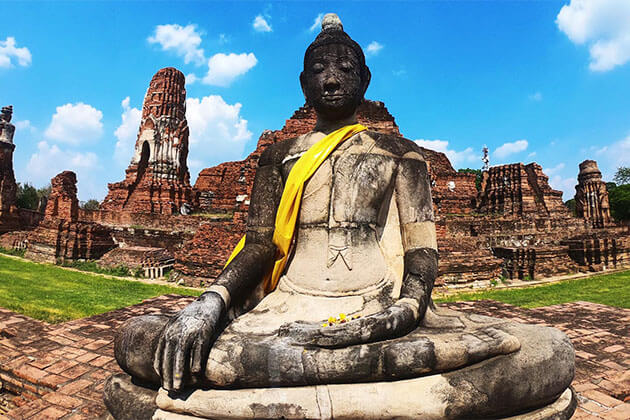 Take a visit to the main sites, admire the unique architectural styles and learn about its heroic history. Wat Phra Si Sanphet, a classic example of Ayutthaya architecture and the former home to a 16-meter high, golden Buddha, melted down by the Burmese. Continue the trip to Wat Yai Chai Mongkhon, with an impressive collection of Buddha Images. 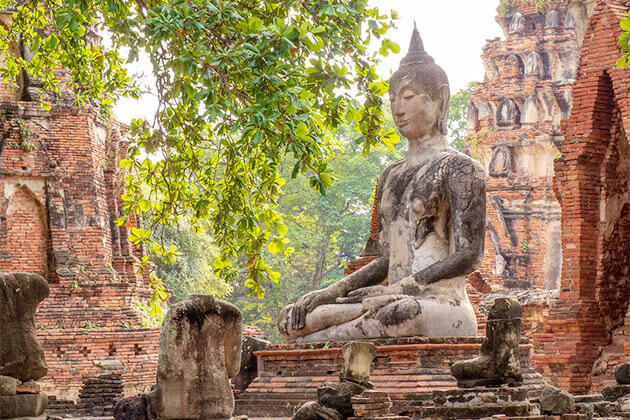 Also visit Wat Mahathat where a tree has, over the course of several decades, grown around a stone carving of the Buddha’s face.
Stroll through Ayutthaya’s local market and take a walk through the town’s Muslim Quarter which offers the opportunity to sample an unusual local delicacy, candy floss roti. At midday begin the return boat trip from Ayutthaya to Bangkok with a one-hour drive to the banks of the Chao Phraya River. Board an air-conditioned riverboat and cruise down the river, commonly referred to as ‘The River of Kings’. In about 3 hours of the journey, you will have plenty of times to behold the passing scenery of riverside life. Arrive in Bangkok in the late afternoon

After breakfast at hotel, the guide will pick you up and transfer to visit the Grand Royal Palace dedicated to the ceremony of the Thai royal family. We next visit the magnificent Wat Phra Kaew, which is known for the statue of the Emerald Buddha. After visiting this complex, we continue to visit Wat Pho, a giant house of the Reclining Buddha. 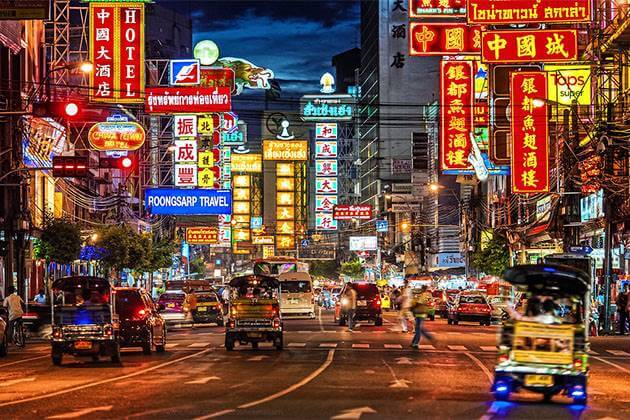 After lunch at the restaurant, a walk-in Chinatown, considered the busiest area in Bangkok and known by various specialties from countries in the region. Then board a long-tail boat for a trip along the Chao Phraya River and many lively inner canals of Thonburi bank offering fantastic views of the local life nearby. Along the way, stop at Wat Arun, the Temple of Dawn. Next, visit the Wat Traimit which is well known as the Golden Buddha. 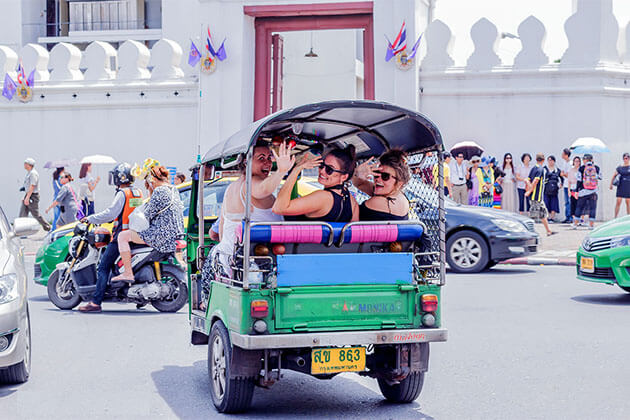 In the evening, enjoy Bangkok Best Eats Midnight Food Tour by Tuk Tuk. Visit the local famous eateries at night which consist of Pad Thai & Northeastern Thai food. Next, try the best kept-secret Guay Tiew Kua Gai and see how it’s made. Later on, sip chilled beer at the “Secret Bar”, known to have the most enthralling view in Bangkok. Afterward, delve in the amazing flower market and visit a magnificent temple for a unique night-time perspective. Back to the hotel free on your own.

After breakfast, you will be free until your driver arrives to take you to the airport for your departure flight. Tour ends.

There are no reviews yet. 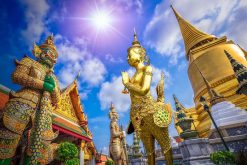 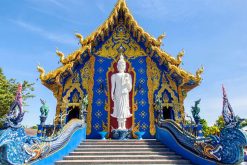 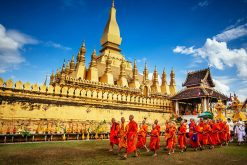 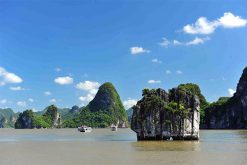